Call us at (816) 474-2900 to schedule your test drive on this Silverstone Gray Metallic 2018 Alfa Romeo Stelvio Ti. We are open for business and we’re prioritizing your health and safety. Test drives delivered to your home, deals made over the phone or email, complimentary delivery of vehicles and paperwork. From the comfort of your home you can shop, get pricing, and trade value. We will deliver your vehicle and paperwork. Silverstone Gray Metallic 2018 Alfa Romeo Stelvio Ti AWD 8-Speed Automatic I4 Stelvio Ti, AWD, Silverstone Gray Metallic, Black Leather, 8.8" Widescreen Color Display, Auto-Dimming Exterior Mirrors, Blind Spot & Cross Path Detection, Driver Assistance Static Package, Fully automatic headlights, HD Radio, Heated front seats, Memory seat, ParkView Rear Back-Up Camera, Quick Order Package 22G, Radio: AM/FM/HD Bluetooth w/Nav 8.8. Odometer is 21936 miles below market average! 22/28 City/Highway MPG Buy in confidence with Oakes Auto Certified Pre-Owned Program! Every new and used purchase receives a complimentary 2-year free maintenance plan. Select Pre-Owned models will also receive a Free 6 months / 6,000-mile warranty! Oakes Auto Group strives to bring you the lowest prices possible, not just in the Kansas City are, but the entire United States. With our laid-back, quick, and pain-free sales process, our high standard of customer service, and our many financing options, we know you will find Oakes Auto to be a welcome change from your past experiences. Vehicle price as shown includes $1000 Dealer Finance Discount; not all buyers will qualify, see dealer for details.

Model Overview
Powering the Stelvio is a 2.0L direct injection turbocharged 4-cylinder. It's the same engine that powers the Giulia, making 280 horsepower and an exceptional 306 lb-ft of torque. All that torque makes the Stelvio feel spry, even at low RPM's. Despite all that power and torque, the Stelvio's relatively small displacement engine helps give the Stelvio a weight distribution that is close to the ideal 50/50 split between front and back. Power from that engine is sent to all four wheels via an 8-speed automatic. The upcoming Quadrifoglio model also uses an engine borrowed from the Giulia, a 505-horsepower 2.9L twin-turbo V6. Acceleration is good with either engine, but obviously with over 500 horsepower, the Quadrifoglio is exceptionally quick, and not just for an SUV.
The Stelvio comes in four basic trims, not including the Quadrifoglio. The base trim, simply dubbed "Stelvio AWD" comes well equipped with leather seats, a backup camera, keyless go, passive entry and a remote starting system free of cost. Other standard items on the Stelvio AWD include power, 6-way driver and passenger seats, an 8-speaker sound system with a 6.5-inch touch screen, dual rear USB ports, a front USB port, Bluetooth connectivity, a 7-inch full color display gauge cluster, a universal garage door opener, rain sensing wipers, bi-xenon headlamps and LED tail lamps and 18-inch aluminum wheels.

The Stelvio Sport AWD adds a couple of thousand dollars to the base price. In addition to the base model, the Sport comes with aluminum paddle shifters, 19-inch wheels, a sportier feeling steering wheel wrapped in leather, as well as various black exterior accents around the windows and for the roof rails.

The Stelvio Ti comes with nicer interior accoutrements than the Sport AWD, though it only costs a couple of hundred dollars more. The Ti features dark grey oak interior trimming along with a bigger 8.8-inch widescreen display for the infotainment system. Heated front seats and a heated steering wheel are included.

The top of the line Ti Sport AWD combines the best of all worlds, with the exterior black accents from the Sport combined with the nicer infotainment system and heated seats. It also gets nicer 20-inch aluminum wheels. 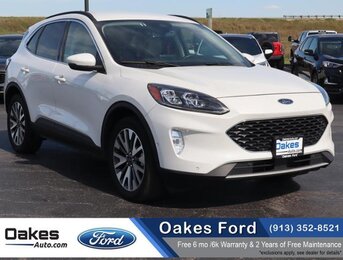