Call us at (816) 474-2900 to schedule your test drive on this Jet Black Mica 2016 Mazda Mazda6 i Grand Touring. We are open for business and we’re prioritizing your health and safety. Test drives delivered to your home, deals made over the phone or email, complimentary delivery of vehicles and paperwork. From the comfort of your home you can shop, get pricing, and trade value. We will deliver your vehicle and paperwork. Certified. Jet Black Mica 2016 Mazda Mazda6 i Grand Touring FWD 6-Speed Automatic 2.5L 4-Cylinder DOHC Certification Program Details: 6 month 6000 mile Power Train Limited Warranty Awards: * 2016 IIHS Top Safety Pick+, Top Safety Pick+ * 2016 KBB.com Best Buy Awards Finalist Reviews: * When function and form are treated as one, engineering is elevated to an art form. The Mazda6 is the product of engineer and designer working in unison, daring to reimagine the automobile as a whole. It is the true definition of the modern sports sedan. The 2.5L SKYACTIV-G gasoline engine pushes the boundaries of innovation even further. Mazda engineers increased its torque output to 185 lb-ft, all without compromising fuel efficiency. Combine it with the ultra-responsive 6-speed SKYACTIV-MT manual or the smooth 6-speed SKYACTIV-Drive Sport automatic transmission and the result: 184 horsepower and an astounding EPA-estimated 38 MPG hwy (Up to 40 MPG hwy with Grand Touring 2.5L with AT and Technology Package). It all begins when you slide into the luxurious driver's sport seat and fire up with the push button start. With Mazda's newly available Commander Switch, you can control the available navigation system, sound system and Bluetooth phone and audio streaming conveniently from the center console. Other available features include leather trimmed upholstery and heated sports seats. The available fully integrated navigation system with a 7-inch touch-screen display features intuitive voice recognition. Crisp, immersive sound is delivered through an available 11-speaker Bose Centerpoint Surround Sound System with AudioPilot ambient noise compensation technology. With the SKYACTIV-Body, SKYACTIV-Chassis and intuitive safety technologies, Mazda6 is built to protect. Safety features include six standard airbags, should the airbags deploy standard E911 notification uses Bluetooth and your paired phone to call 911 automatically. Available Blind Spot Monitoring uses motion-detecting technology to scan your blind spots. Source: The Manufacturer Summary * Smooth and responsive powertrain; quick acceleration; excellent fuel economy; sporty handling; well-built interior with top-quality materials; stylish looks. Source: Edmunds Want to know more? Text us at (913) 215-5243 to chat about this vehicle! Oakes Mitsubishi strives to bring you the lowest prices possible, not just in the Kansas City area, but the entire United States. With our laid-back, quick and pain-free sales process, our high standard of customer service and our many financing options, we know you will find Oakes Auto to be a welcome change from your past experiences. All of our vehicles are reconditioned at our state-of-the-art service center and undergo a multi-point inspection to confirm they meet our expectations for our customers. Vehicle price as shown includes $1000 Dealer Discount, $1000 Trade-In Discount (requires 2013 Model year or newer and less than 100,000 miles), and Finance Discount (requires financing through Ally Auto Finance or Kia Motors Finance; not all buyers will qualify. Located in Kansas City: 7301 State Ave, Kansas City, KS 66112 (913) 222-5300.
Model Overview
The 2016 MAZDA6 comes in three different trims: Sport, Touring and Grand Touring. Each is powered by a 184-horsepower, direct-injection 2.5L 4-cylinder engine, with torque rated at 185 pound-feet. A 6-speed manual transmission comes standard on the Sport, while a 6-speed automatic is optional on that trim and standard on Touring and Grand Touring.
Even the base Sport trim comes well equipped, with halogen headlights and daytime running lights, dual power side mirrors with integrated turn signals, 17-inch alloy wheels, power windows and locks, push-button start, a 60/40 split-fold rear seatback, and steering wheel-mounted audio and cruise controls. Standard safety technology includes four-wheel anti-lock brakes, a bevy of airbags, dynamic stability control and traction control.

Certain convenience options such as an auto-dimming rearview mirror and fog lights are available on the Sport. On the Touring model, Touring Technology Package includes the 11-speaker Bose audio system, navigation, advanced keyless entry, Smart City Brake Support and more. For the Grand Touring, the cleverly named Mazda Radar Cruise Control and Forward Obstruction Warning Package adds the named systems, while the Advanced Package builds on the above with a land departure warning system and i-ELOOP, a regenerative braking system that uses a capacitor to store energy created during braking. 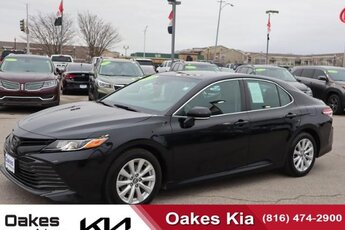 Use this shortened URL to share your current search results.